The term redevelopment generally refers to new construction that occurs within an existing developed area, commonly one that is older and has a land use pattern and related conditions that are in need of some level of improvement. It may be as simple as developing a vacant lot (“infill development”) or it could involve demolition of some or all existing structures that are not suitable for new use(s), or some combination. To date, Miramar’s experience with redevelopment covers a wide range of projects and includes both the private and public sectors, as shown here.

Auto ZoneThe Auto Zone project was the city’s 1st true redevelopment project, located on a previous heavy commercial site that had been in disuse for some time. In addition to eliminating an undesirable condition, it brought new employment to the area and a new business presence for State Road 7. 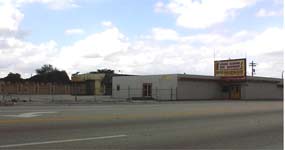 KFCThe KFC project is the most recent project to receive city approval and is the same type of improvement plan as McDonald’s, which is located nearby. 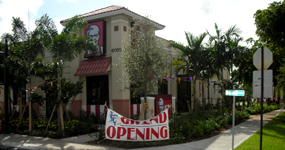 McDonald'sThe McDonald's project was a total demolition and re-build initiated by the company. It replaced an outdated building with the company’s more modern concept store while also bringing the design into compliance with the city’s architectural design standards. 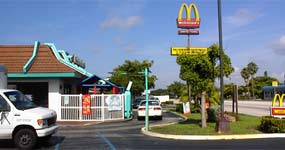 Mobil / CitgoLocated at a key entry into the city at the northwest corner of State Road 7 and Miramar Parkway, the Mobil / Citgo project was the 1st of the total demolition and rebuild projects. In place of the previous obsolete building and pump configuration of the old station, Mobil built a modern facility and even added a quick oil lube service use on the site. 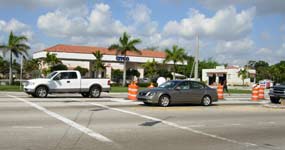 The Wachovia / Walgreens project was unique because it involved both demolition and rebuild (Wachovia) and redevelopment (new Walgreens). Originally the site of a large Wachovia bank branch, the building was removed and replaced with a similarly sized building for both uses, but with the drug store occupying the largest portion and the bank downsizing its area. This resulted in a new business coming to historic Miramar, bringing jobs and additional retail to the market. 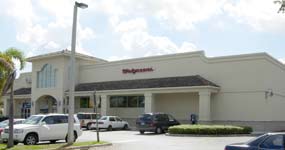 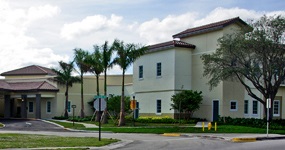 Miramar Youth Enrichment CenterThe Youth Enrichment Center is the 1st city-initiated redevelopment project and is unique because it involved the reuse of some existing structures previously used for the City’s fleet maintenance activities, which had been relocated to newer facilities. Now, in place of an obsolete facility, the city has a modern complex that is designed to meet the social and recreational program needs of area residents. For more details please visit our Community Services section of the website.