Maxwell B. Chambers immigrated to the United States from the hills of Clarendon, Jamaica, and has been a resident of the beautiful City of Miramar since 2007.

Born to a single mother, he learned the meaning of hard work, courage, and honesty as he watched her make sacrifices and start over again in a new country to secure the best possible life and future for her three children.

These are the values he carries with him as an elected official and a father to his own five children: Max Jr., Renea, Zach, Meia, and Hailey.

Maxwell was first elected to office in 2015 as Commissioner in the City of Miramar. In 2016, he became Vice Mayor. He was re-elected in March 2017 and currently serving as Vice Mayor.

Residents know they can call on Vice Mayor Chambers if their homes or businesses are at risk and know he will do all he can to help to alleviate the stress they are facing—especially in this challenging economy.

He is a volunteer with KAPOW (Kids and the Power of Work) and on the Board of the Police Athletic League (PAL).

In addition to serving this city through his elected office, Vice Mayor Chambers demonstrates his deep commitment to the community by his involvement with the following groups and programs:

Vice Mayor Maxwell B. Chambers is a dedicated member of the PAL Board of Directors.

PAL nurtures youth leaders by working with community partners to foster effective mentoring, tutoring, and coaching arrangements. Incorporated in 1989, Miramar PAL (in cooperation with the Miramar Police Department and City of Miramar) provides year-round educational and athletic activities to participants between the age of 3 and 17, as well as their families.

Vice Mayor Maxwell B. Chambers has been volunteering for Kids and the Power of Work (KAPOW) since 2015.

KAPOW helps students connect what they are learning to their future in the workplace. It also introduces them to relevant career opportunities. Each year, the program reaches 6,500 students from 60 elementary schools across Broward County.

Vice Mayor Maxwell B. Chambers has been supporting the Army National Guard, based in Miramar, since 2015.

In the ensuing years, he has proudly co-hosted or attended several family fun days and homecoming celebrations. He has also supported the unit during deployment.

The Army National Guard provides trained and equipped units for prompt mobilization in case of war or national emergency. Guardsmen may take part in functions ranging from limited actions in non-emergency situations to full-scale law enforcement in cases when the governor determines that ordinary law enforcement officials can no longer maintain civil control. The state mission assigned to the National Guard is "to provide trained and disciplined forces for domestic emergencies or as otherwise provided by state law."

Miramar is fortunate to host an outstanding unit that fully and dutifully upholds these commitments and responsibilities on behalf of the community and individuals it serves.

In turn, Vice Mayor Chambers is committed to supporting the men and women of the Army National Guard.

Vice Mayor Maxwell B. Chambers is committed to bringing awareness to sickle cell disease and supports organizations who champion the understanding of this illness.

He has created holiday parties to raise awareness and funds for children with sickle cell anemia, donated backpacks and school supplies to the Nazhi Thee Baker Foundation, and hosted awareness walks each year.

Sickle cell disease is an inherited blood disorder that is present at birth and affects approximately 100,000 Americans. Vice Mayor Chambers hopes that he can use his voice and platform to facilitate improvements in health care and advocacy for those living with this condition.

He is a community activist whose heart is with the city and its people. He has fought against red light cameras.

Vice Mayor Chambers developed the Community First +1 Program to assist those households who are having difficulty to pay their utility bills. The program collects donations for a special fund to assist anyone who needs a little cushion to get back on their feet. This program includes extended payment plans, financial literacy support, community resources and other incentives.  Our main goal is not only to prevent disconnection of water to the residents in the City of Miramar, but to also restore their dignity and put them on the path to working towards long term self-sufficiency.

Similarly, the loveDROP program exists to help residents who are struggling to pay their water bill. Recently the programs were able to assist 10 residents restore safe, clean water to their homes. In addition, Vice Mayor Chambers received a $5,000 grant from National League of Cities and has utilized it to assist another 50 individuals to restore their water service.

When Vice Mayor Chambers first assumed Office, The City of Miramar had a great program called MASH (Miramar Assisting Seniors in their Homes) which offered financial assistance to seniors 60 years and older with their electric, water, gas and rent payments. However, he soon became aware that residents 60 also needed a similar program and so he created a EMAP (Emergency Miramar Assistance) to mirror MASH for those residents 59 years and under who need assistance.

Vice Mayor Chambers has been instrumental in obtaining funds to steadily increase the amount allotted for both EMAP and MASH programs. Qualified residents can receive a maximum benefit of $550 during each fiscal year. Households can qualify for one benefit (EMAP or MASH). In fiscal year 2020, he was able to assist 35 persons with grants towards their outstanding bills.

Vice Mayor Chambers believes that each child should have access to higher education—no matter their economic status, race, or creed. He frequently spearheads and finances college workshops that are geared toward helping those with below-average GPAs.

Additionally, Vice Mayor Chambers has recently created scholarships for students of Hispanic descent open to all 3 high schools in Miramar.

In response to the COVID-19 pandemic, Vice Mayor launched the first food distribution outreach in March 2020, that has led the way to what is now the largest distribution site in South Florida, serving over 3,000 families each week from Miramar Regional Park. As a supplement to those who are not able to make it to the park, he also has two other locations that families can pick up food. Miramar United Methodist Church 2507 Utopia Drive, Miramar, FL 33023, has a contactless, grab and go method of distribution, serving approximately 200-250 families each week from 8 – 10 am. At Holiness Born Again Church, 6452 Pembroke Road, Miramar, FL 33023, food is packaged and delivered to the sick, shut-in, elderly and those without transportation. Another 200 families are assisted each week.

As the pandemic progressed, Vice Mayor Chambers became especially concerned about the seniors.  To protect them, he began mask distributions in April 2020. However, at that time, masks were very hard to find. To combat the shortage, he began an operation to manufacture cloth masks. Residents were able to pick up masks at various locations throughout Miramar. In addition, residents who do not have transportation are invited to text requests to cellphone number 954-604-9912. Masks are either delivered or mailed. Vice Mayor Chambers has been diligent in supplying the much-needed hand sanitizers to residents and have begun a door-to-door distribution of masks and hand sanitizers.

A few months ago, no one could have imagined how the entire world would be thrown into turmoil by this new virus. As the virus progressed and so many lives are being lost every day, Vice Mayor Chambers made a commitment to do all he can to help to as many as he can from this deadly virus.

Recently he partnered with Homesafe1st to offer anyone who wishes to get tested, a convenient and free, supervised, self-administered saliva test with a 24 hour turn-around on results. This partnership is very important and fully aligns with his goal to keep communities safe, especially the residents of Miramar.

Vice Mayor Chambers believes that testing is essential to help control the spread of this virus and recognize that the single most important intervention for breaking chains of transmission is through contact tracing and quarantining, so these activities are an integral part of the program. Homesafe1st not only administers the test but follows each case to recovery.

Vice Mayor Chambers has been instrumental in providing potable drinking water to Country Club Ranches, designed to improve public health, enhance fire protection, and provide safe and reliable drinking water to the community. The targeted start date is February/March 2021. It is divided in 3 phases to an estimated cost as follows: Phase 1A- approx.  $1.3 M, Phase 1B – approx. $1.6 M and Phase 1C – approx. $800K. The goal for the next 3 years includes the completion of phase 1 and design services for phase 2 and 3 (for private roads).

Our roadways, especially within the inner communities, have been plagued by cars speeding all hours of the day and even faster at nights.  Sleeping residents are disturbed by the overbearing noise of engines racing and the screeching sound of tires as drivers maneuver hand brake turns and donuts leaving the tire marks as evidence of their activities.  Vice Mayor visited developments such as Huntington in West Miramar and 68th Avenue in the East where residents are concerned about their safety and the foreboding anticipation of accidents.

He has worked with the City Manager, Miramar Police Department and Engineering Department and funds have been allocated to install traffic calming devices in areas that need it the most.

Vice Mayor Chambers was instrumental in the implementation of the Canal Embankment Program and each year supports its renewal. This program aids in embankment restoration for residents in Historic Miramar who have properties along City owned canals where erosion is taking place.

Vice Mayor Chambers has championed the rebuilding of the water treatment plant in East Miramar. The approximately $30M upgrade from a lime-softening plant to state-of-the-art technology utilizes the nano-filtration process and produces the highest quality water. 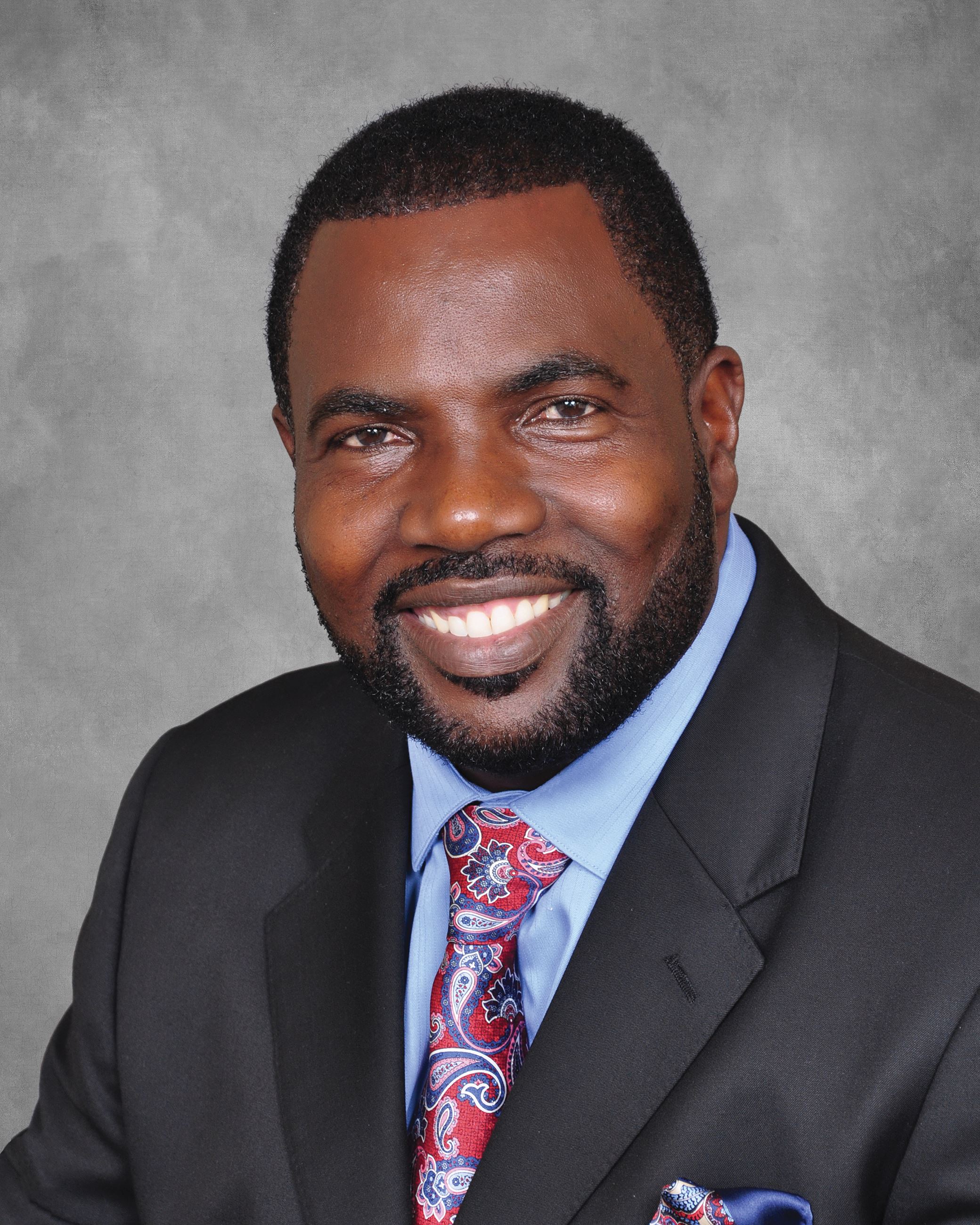